With Maxime’s arrival on the estate in 2000, the Champagne Binon-Coquard was born. Since 2012, Cyrielle has joined her brother and continues to develop the sales.

We bring dynamism and passion to our brand, which gives it a unique nature and style. 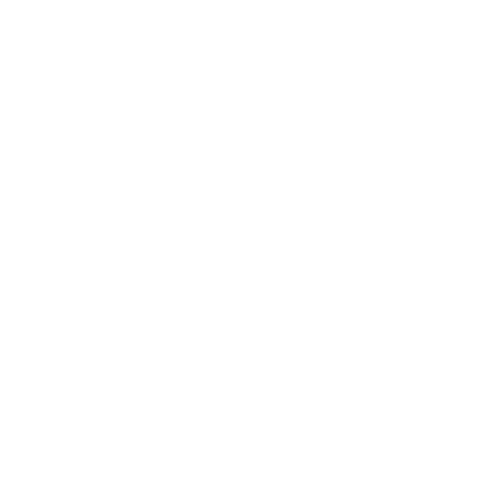 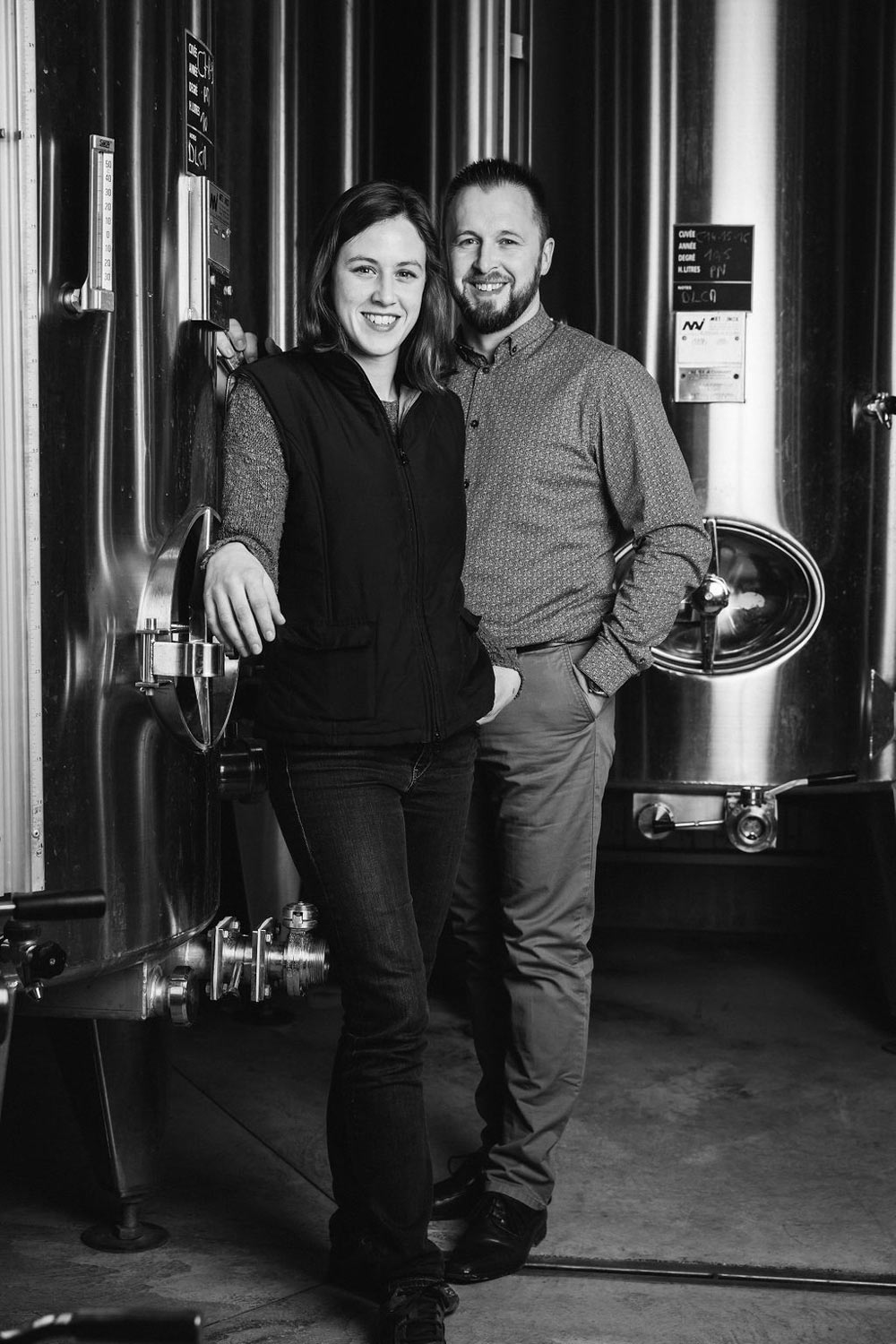 Maxime is the creator of Champagne Binon Coquard. Having studied Oenology and Vitculture, his goal was to create his own brand of champagne.
Helped by his parents, he built his own press house, containing neccessary vats and cellars.
In 2003, at the age of 24, he gathered his first harvest as winemaker.
Maxime not only works in the vatting house and cellar but is also dedicated to the protection of the vines which includes ploughing and pre-pruning. 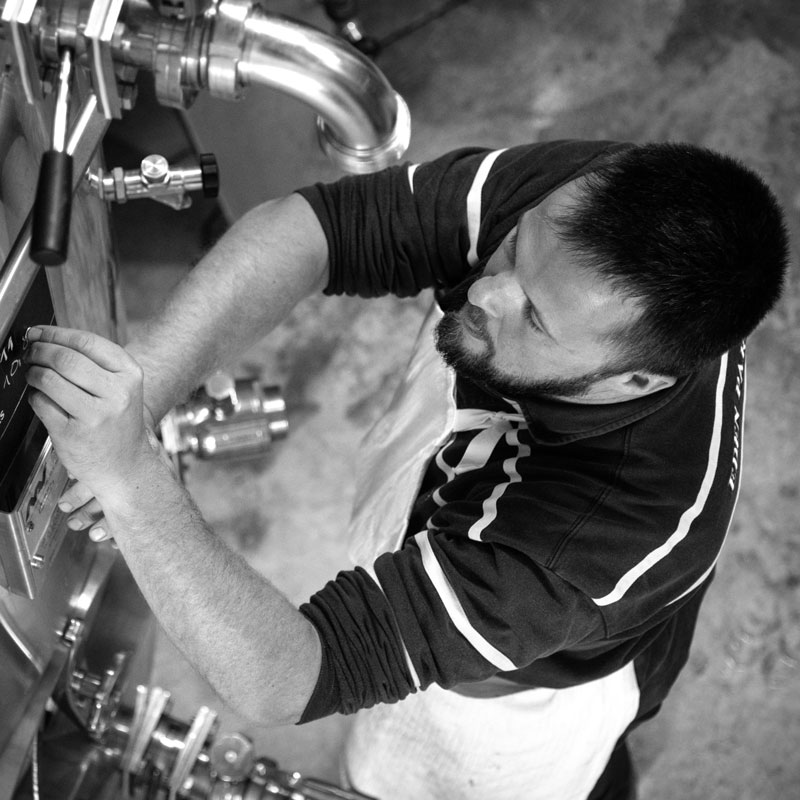 Cyrielle arrived on the estate in 2012, just after a trip to Ireland for several months, to improve her study of wines and spirits in the international market. Her goal is to develop the family brand of champagne both in France and abroad.
Managing the domain and the seasonal teams are part of her daily tasks.
She also takes part in the manual work of pruning the vine and helping in the cellar during the disgorging and bottling processes. 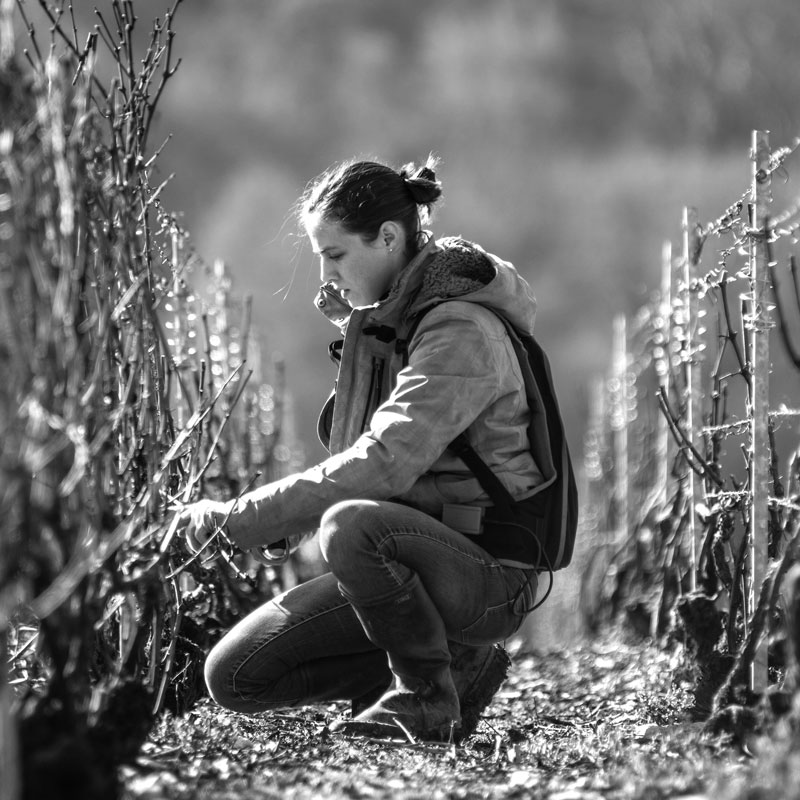 THE WINE HERITAGE
OF OUR TWO FAMILIES

The cultivation of vines has been passed down through the generations of our family since 1669. The Binon and Coquard families have always vinified their production.

Located in the southern part of the Champagne region (in the Côte des Bar), we are proud to work these vineyards, beloved by our ancestors.

The union of the 2 names took place in the 70’s with our parents wedding (Martine and Jean Pierre). They built their legacy on only one domain. 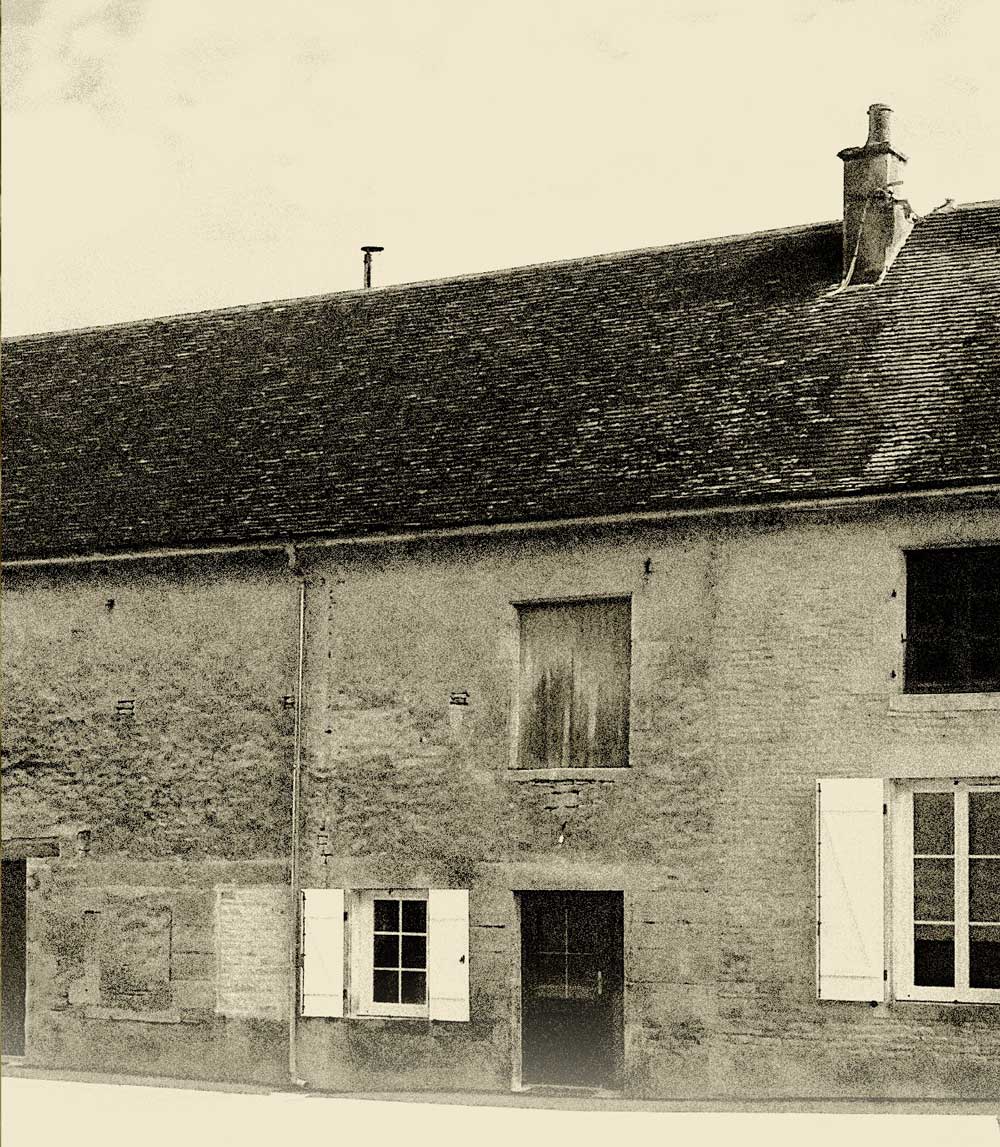 Jean Pierre and Martine created the domain as it is now.

Nature lover, Jean Pierre chose to be a forester while never forgetting that his grand-father was a winegrower.
Apart from his job as forester, he decided to plant vines when he could, despite the difficulties experienced by champagne producers in our region in the 70’s.

Martine has grown up with the vine culture since childhood. Her father, Marcel Coquard used to work in his vineyards while taking care of the communal press.
Martine ran the domain and has taken care of the vines all her life, becoming one of the first woman to harvest vines on her own name.

Together, Martine and Jean Pierre increased the estate from 3 ha to 5.5 ha before Maxime’s arrival. Today, although retired, they still give precious advice and help to their children, who continue in their footseps. 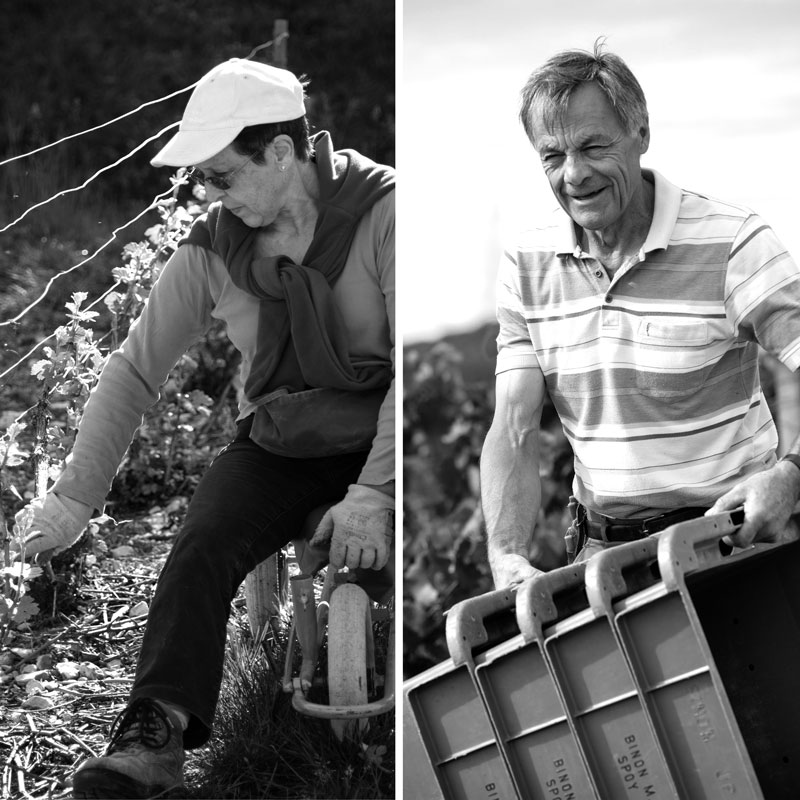 AVERAGE AGE
FROM OUR VINES

Our vineyards measure 6.5 hectares spreading over several villages : Spoy, Meurville and Champignol-lez-Mondeville. On clay-limestones kimmeridgien soils, Our vines are comprised of the varieties Pinot Noir 70%, Pinot Meunier 20% and 10% Chardonnay.

The vines we grow are planted on steep slops to catch warmth of the sun during the day, and retain it during the night, thanks to the stones.

The average age of our vines is 25 years, but we also have some which are more than 35 years old, from which we develop a special champagne we brand Vieilles Vignes Millesime. 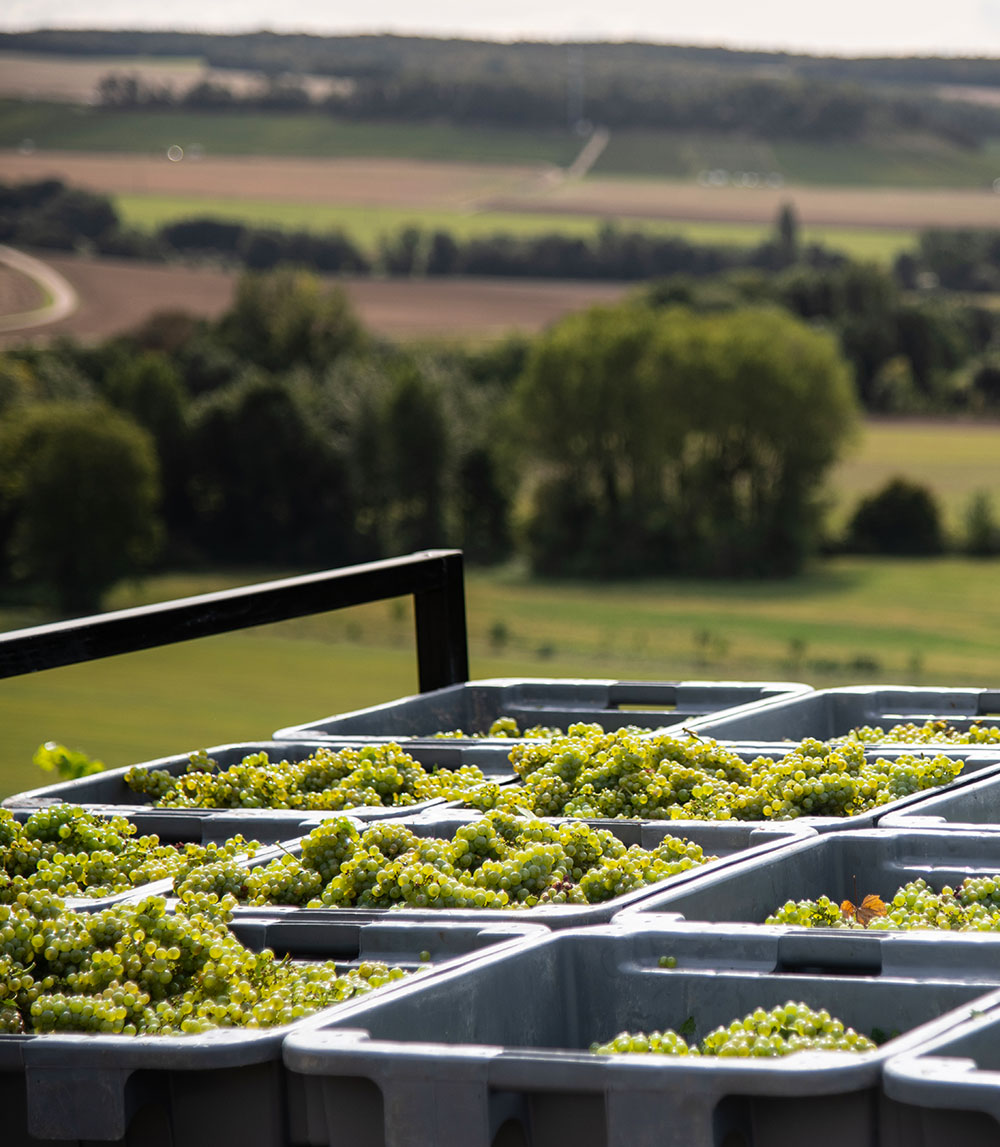 Become our distributor
Our points of sales 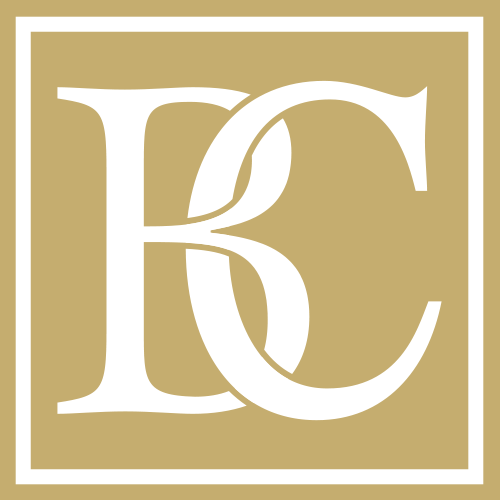